AT 11:00am on 11 November 1918, an armistice took effect which effectively ended World War I – or “The Great War” as it was then known. The world had never seen carnage on such an immense, global scale. So great were the number of the dead that Europeans basically abandoned the ancient traditions of open mourning, of donning black and retiring from society for a term, because virtually every family had lost someone, and so much ritual mourning could not be sustained, neither emotionally nor economically.

Too, the world had never seen valor on such a scale; a mere parade would not do to honor the people who had served in “The War To End All Wars.” And so throughout the world, a day of remembrance was instituted. In the United States it was originally called Armistice Day. But the hopeful epithet, “The War To End All Wars,” has proven too hopeful, and as we well know, many, many wars followed, including the far vaster enormity of World War II. In the wake of that conflict and others, the United States renamed the holiday “Veterans Day,” to include ALL who have served.

While we do rightly deplore war, it is nevertheless still a human reality, and I am deeply grateful to those who have served in the military and uniformed services. For all that some conflicts may stir political and social upheaval, and for all that some conflicts may seem unwise, nevertheless, those who serve do so for all of us, and they do also merit our gratitude. We in America have what we have today because our forebears not only wrote about freedom: they fought for it.

If there is ever another war in Europe, it will come out of some damned silly thing in the Balkans.

Tuchman’s history of the start of World War I was first published in 1962. It was re-issued in 1994 on the occasion of the 80th anniversary of the start of that War. This book has been called “the best history book ever written.” Masterfully researched and documented, it is as scholarly as any such work need be, yet it retains a readability — and excitement — that makes it as entertaining as any fictional thriller. Even after the passage of 50 years, this book remains essential reading for those who wish to learn about World War I.

I am of the opinion that anything by Keegan is worth reading (I’ve not been wrong yet, to my way of thinking.) This is a highly readable and complete account of World War I from start to finish. Perhaps the best one-volume coverage of that war we have.

In 2004, on the 90th anniversary of the start of World War I, there was a remarkable amount of publishing activity. All the following are good, but these are not aimed at the casual reader.

In this minutely researched volume, Fromkin answers his title question. The result is the well-known tragedy of a war that many wanted, but from which none saw the ultimate outcome. I must confess that though this book was well-regarded in the review I read in August 2004, I find it fairly tedious in its presentation. Scholarly, to be sure. But not an entertaining read.

This one-volume history of World War I is complete and as scholarly as can be, but at times the reading feels a bit too much like slogging along with those foot soldiers of the era, knee-deep in mud and growing ever wearier. Still, it is worth the effort, because Stevenson offers some fresh insights which offer a new perspective on the well-known truisms about World War I.

Strachan’s one-volume distillation of his unfinished trilogy on World War I, this effort has many of the same virtues and limitations that I identify in Stevenson’s book: it is not “popular history” (whatever that might really be) and so it is not light reading. But it is likewise worth the effort.

This is the first volume of a yet-to-be-completed trilogy about World War I. Strachan is a foremost authority on that war, and this book is a definitive account of the build-up to World War I. It is, however, so thorough and so comprehensive that it can be both daunting and — at times — almost tedious. 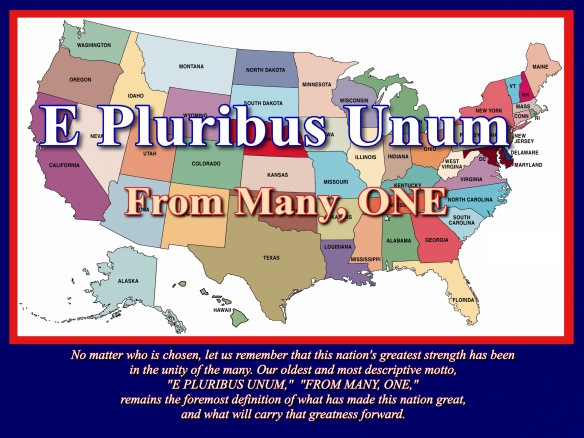 For the United States of America, today is a national Election Day. It is election day in across all of the United States, from Nome, Alaska to Key West, Florida; people will go to the polls in Honolulu, Hawaii, Chula Vista, California, and Eastport, Maine, and here in my home of Flower Mound, Texas. Because of our system of a College of Electors, votes in some states have far more impact than votes in others, a legacy of the 18th Century compromise that led to the adoption of our present Constitution. Nevertheless, voting matters. As is the case with every Election Day, it represents an occasion to have important impact upon the future, and there is so much more at stake than just the immensely high-profile presidential race. Having that impact, of course, is only available to those who vote.

While the United States was still in the throes of the ferocious fighting of the Second World War, President Franklin Roosevelt took to the radio on 5 October 1944 to address a nation about the need and the obligation to vote:

The continuing health and vigor of our democratic system depends upon the public spirit and devotion of its citizens which find expression in the ballot box.

The American Government has survived and prospered for more than a century and a half, and it is now at the highest peak of its vitality. This is primarily because when the American people want a change of Government, even when they merely want “new faces,” they can raise the old electioneering battle cry of “throw the rascals out.”

It is true that there are many undemocratic defects in voting laws in the various States, almost forty-eight different kinds of defects, and some of these produce injustices which, prevent a full and free expression of public opinion.

The right to vote must be open to our citizens irrespective of race, color or creed, without tax or artificial restriction of any kind. The sooner we get to that basis of political equality, the better it will be for the country as a whole.

Two decades would pass before Roosevelt’s ambition for equal access to voting would be made into law. For many Americans today, access to voting may be more difficult than it should be. Polling places are often fairly distant, lines will likely be quite long, and even registered voters may be challenged. But exercising one’s right to vote is a very worthwhile thing, and worthwhile things do not always come easily.

I have heard from many folks that they either have already voted, taking advantage of early voting options, or that they surely intend to do so today. I have also heard from a variety of folks who tell me that they have been praying and plan to pray about this election. That sounds like a good idea.

This conflation of voting and praying is wholly apt, as it turns out, at least from the etymology and origins of the word “vote.”

Our English word “vote” derives from the Latin VOTVM, which means a prayer, a wish, or a promise to God (this last is reflected in our words such as “devotion” and “votive” offerings.) The word VOTVM is in turn derived from the verb VOVERE meaning to pray, wish or to vow.

When we vote, then, we express our wish. Perhaps we avow our preference. Possibly we pray. And maybe – just maybe – our prayers will be answered.

I met those of our society who had votes in the ensuing election, and advised them:

1, To vote, without fee or reward, for the person they judged most worthy:

2, To speak no evil of the person they voted against: and,

3, to take care their spirits were not sharpened against those who voted on the other side.